When it comes to luxury neighborhoods on the North Shore, Randall Manor is hard to beat.

When it comes to luxury neighborhoods on the North Shore, Randall Manor is hard to beat. Residents here can enjoy quiet streets with very little traffic along with commercial thoroughfares on Forest and Castleton Avenues. The Staten Island Ferry is just minutes away, which makes the Manhattan commute a breeze. Historic colonial and tudor homes lend an old world charm to every corner. These attributes make Randall Manor an idyllic place to raise a family and plant roots.
Randall Manor is among the neighborhoods of West Brighton, New Brighton, and Silver Lake between Snug Harbor and Silver Lake Park. Homes in this community are mostly classic detached styles, but there are a few condo and co-op buildings too.
Read on to learn more about history and life in Randall Manor!

In 1756, Captain Thomas Randall formed the Marine Society in response to concerns about having enough soldiers for the US Navy. Thomas Randall was a known philanthropist until his death in 1797. At this time, his son Robert Richard Randall took over the organization. Robert, who had become a member of the society himself, then purchased a 21-acre land plot on the North Shore, calling it Minto Farm. When added to the land his father already owned, the total land area was more than 80 acres.
Captain Robert Richard Randall’s will stated that part of his estate would be inherited by the Chamber of Commerce and the Marine Society. On the remaining land, he wished for asylum for aging, disabled retired sailors to be constructed. In 1833, Sailor’s Snug Harbor was born in the neighborhood today referred to as “Livingston” or colloquially “Snug Harbor.”
In 1927, part of this land between Henderson Avenue and Forest Avenue was sold to a developer. During the 1950’s some of these buildings fell into disrepair; by the 1960’s, all sailors residing here were moved to a new facility in North Carolina. On what was once a cemetery, developers choose to build homes on this land. This new neighborhood, just south of Snug Harbor, was dubbed “Randall Manor.”

A beautiful little oasis tucked away from the urban center, Randall Manor boasts tree-lined streets and character homes. A visitor would find mostly older homes built before the Verrazano-Narrows Bridge opened in 1964 and changed the island to a more urbanized borough. Some homes even pre-date 1900! If you a prefer nice co-op, there are a few classic brick buildings on Castleton Avenue.
Let’s talk parks! Randall Manor proper has its own park called Allison Pond Park. The pond here once supplied water to Sailor’s Snug Harbor, but was eventually replaced with a sewer system upgraded by the city. Today, the 9-acre park’s pond has a lovely fountain and can be used for fishing too. Adjacent to Randall Manor is Snug Harbor to the north and Silver Lake Park to the south. Silver Lake Park is beloved for its natural beauty, although its reservoirs are man-made. You can also find a dog run, tennis courts, and many walking paths here.
Snug Harbor is a cultural center. Many call it Staten Island’s “crown jewel.” This former retirement site for aging sailors now uses its former buildings for various purposes. Here you will find the Art Lab, Noble Maritime Museum, the Staten Island Museum, and the Music Hall among an impressive botanical garden. Recently, Snug Harbor brought tourists from all over the world to its wildly successful Chinese Lantern Festival.
The neighborhood is also home to those in the medical profession. Richmond University Medical Center (RUMC) is a full-service hospital located at the junction of Castleton Avenue and Bard Avenue.
There are many ways to get around in Randall Manor. Most noteworthy is the Staten Island Ferry, which is a short car or bike ride away. For many, this is the best way to travel to Manhattan. There are many local bus routes here too which terminate at the St. George Ferry: s40, s42, s44, 246, and the s90. For drivers, your main roads here are Richmond Terrace, Castleton Avenue, and Forest Avenue. Public school children are zoned to attend PS 45, IS 61, and Curtis High School. 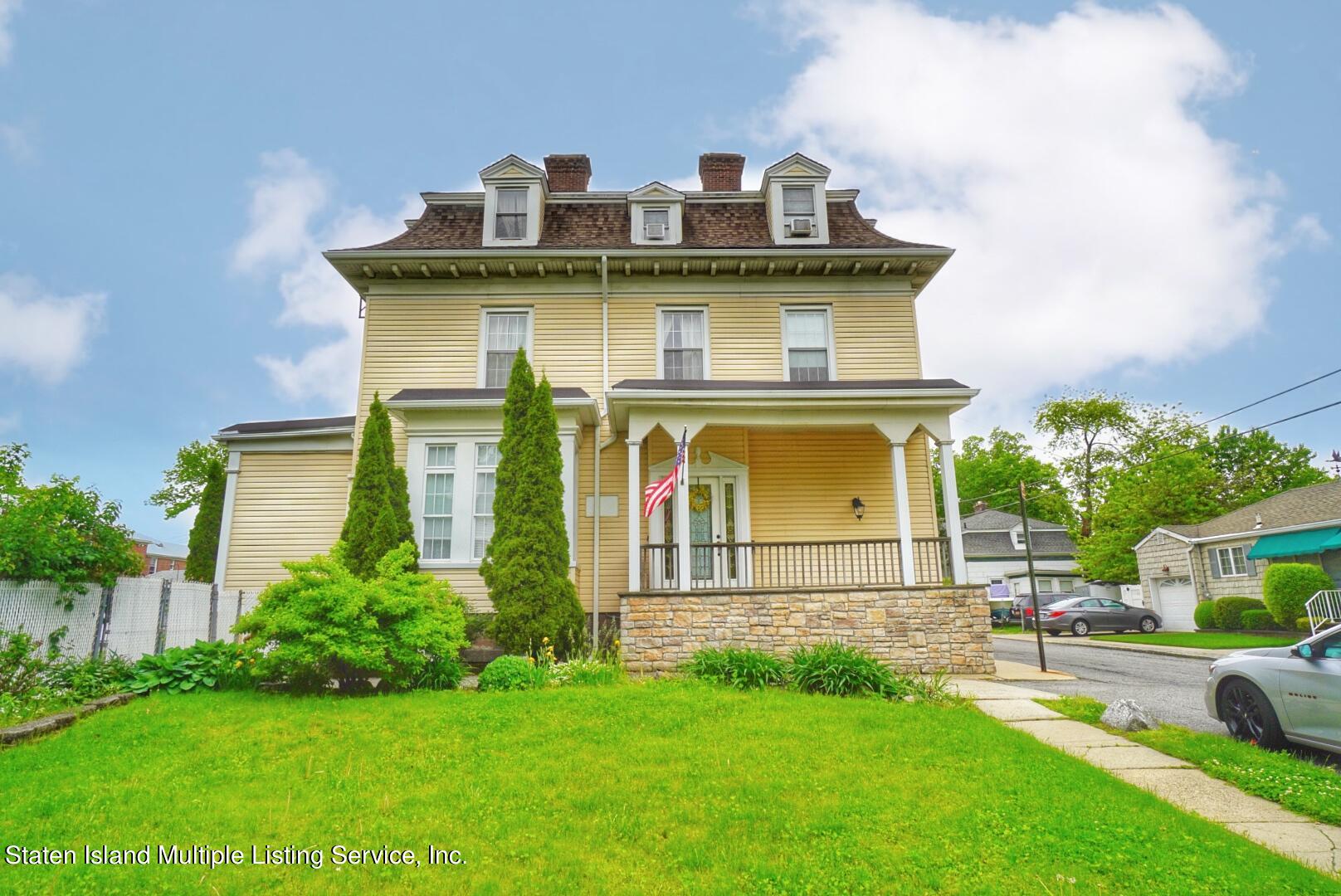 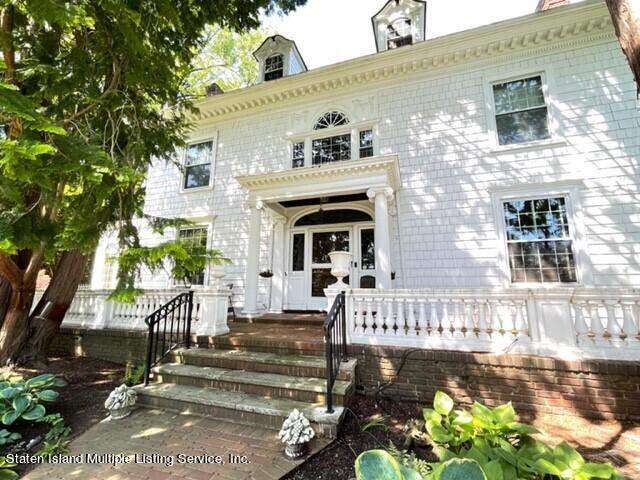 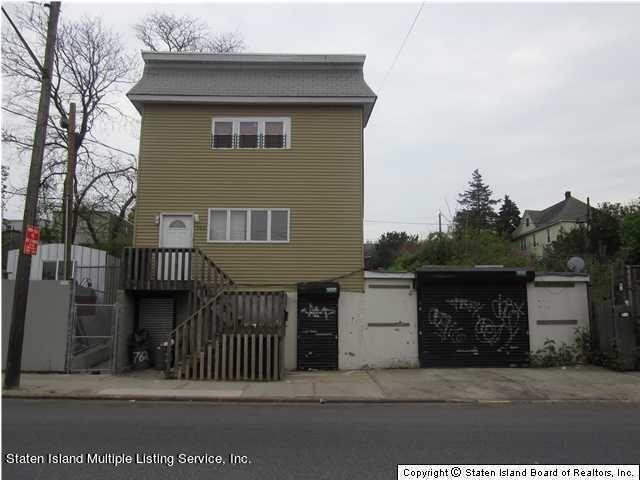 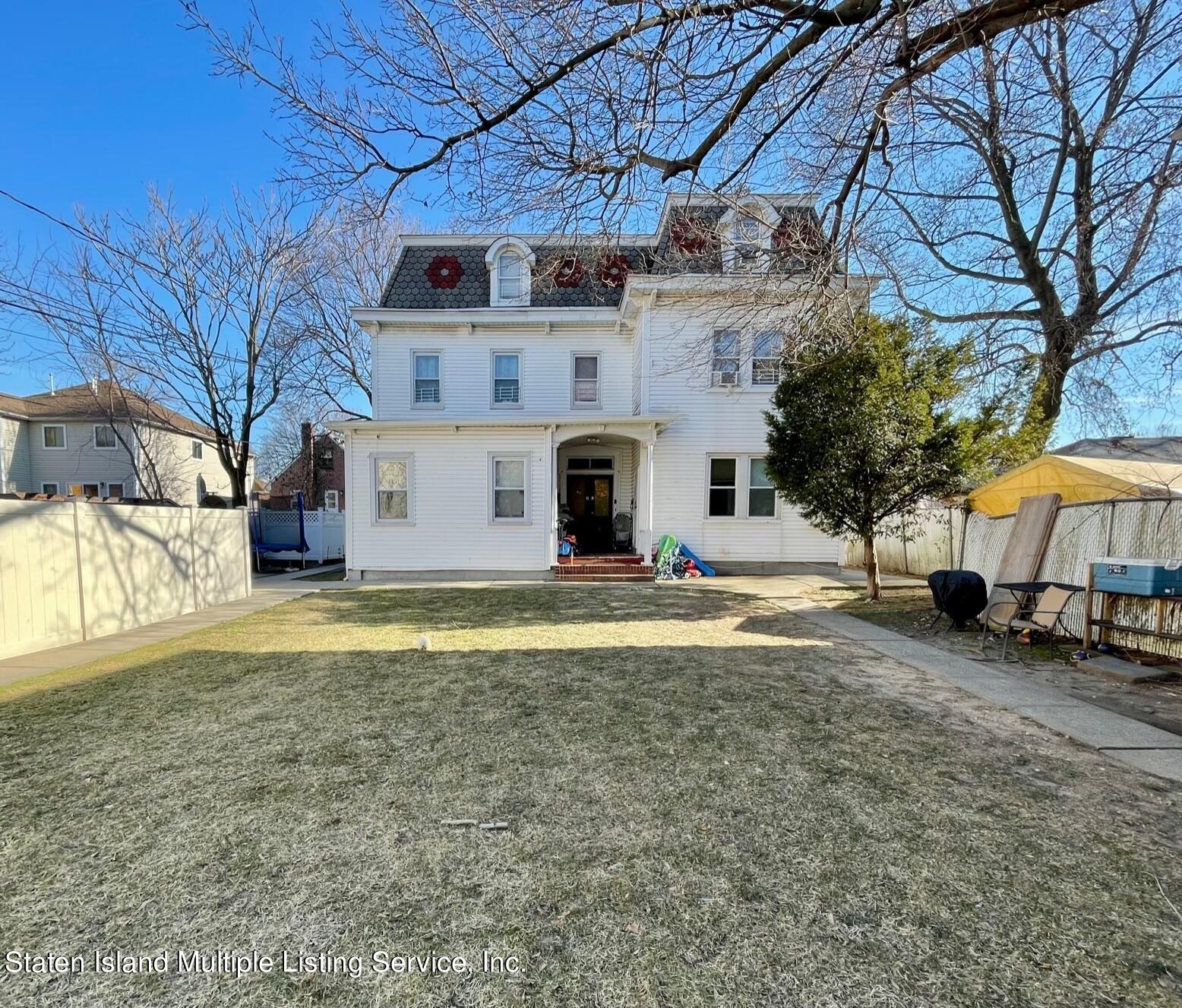 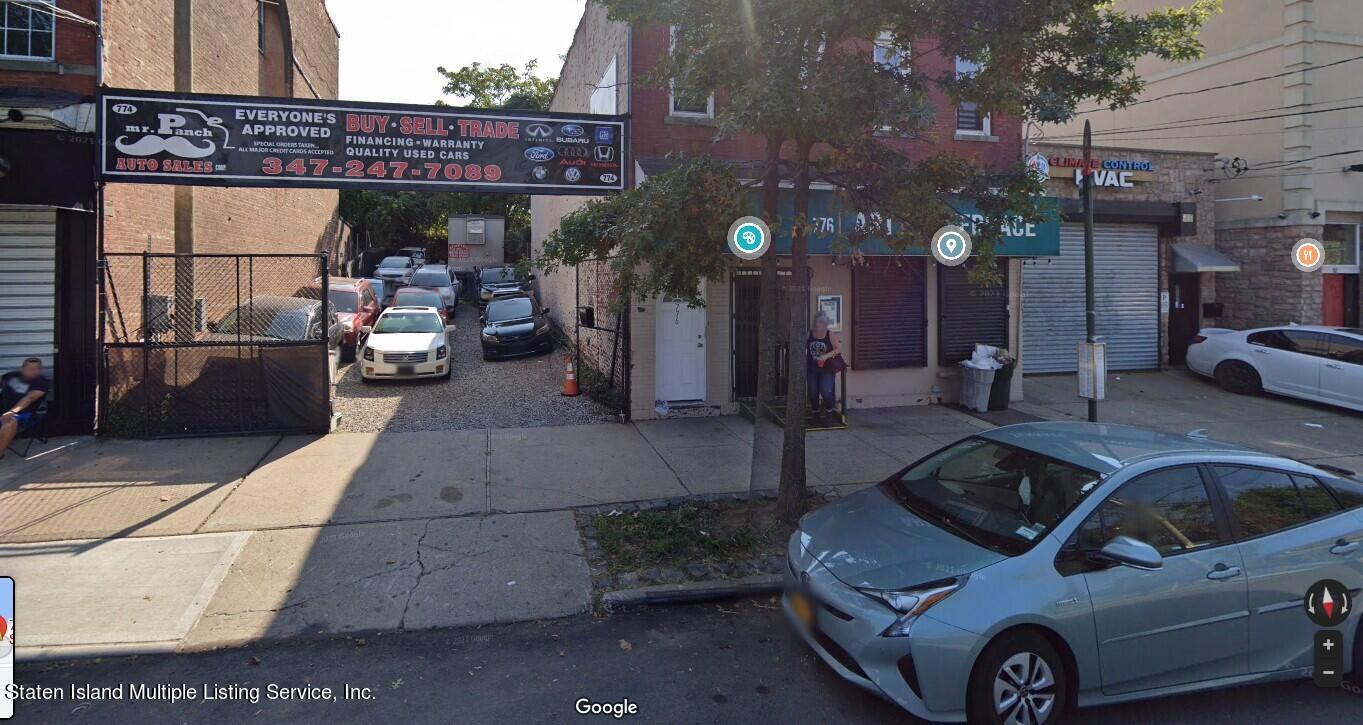 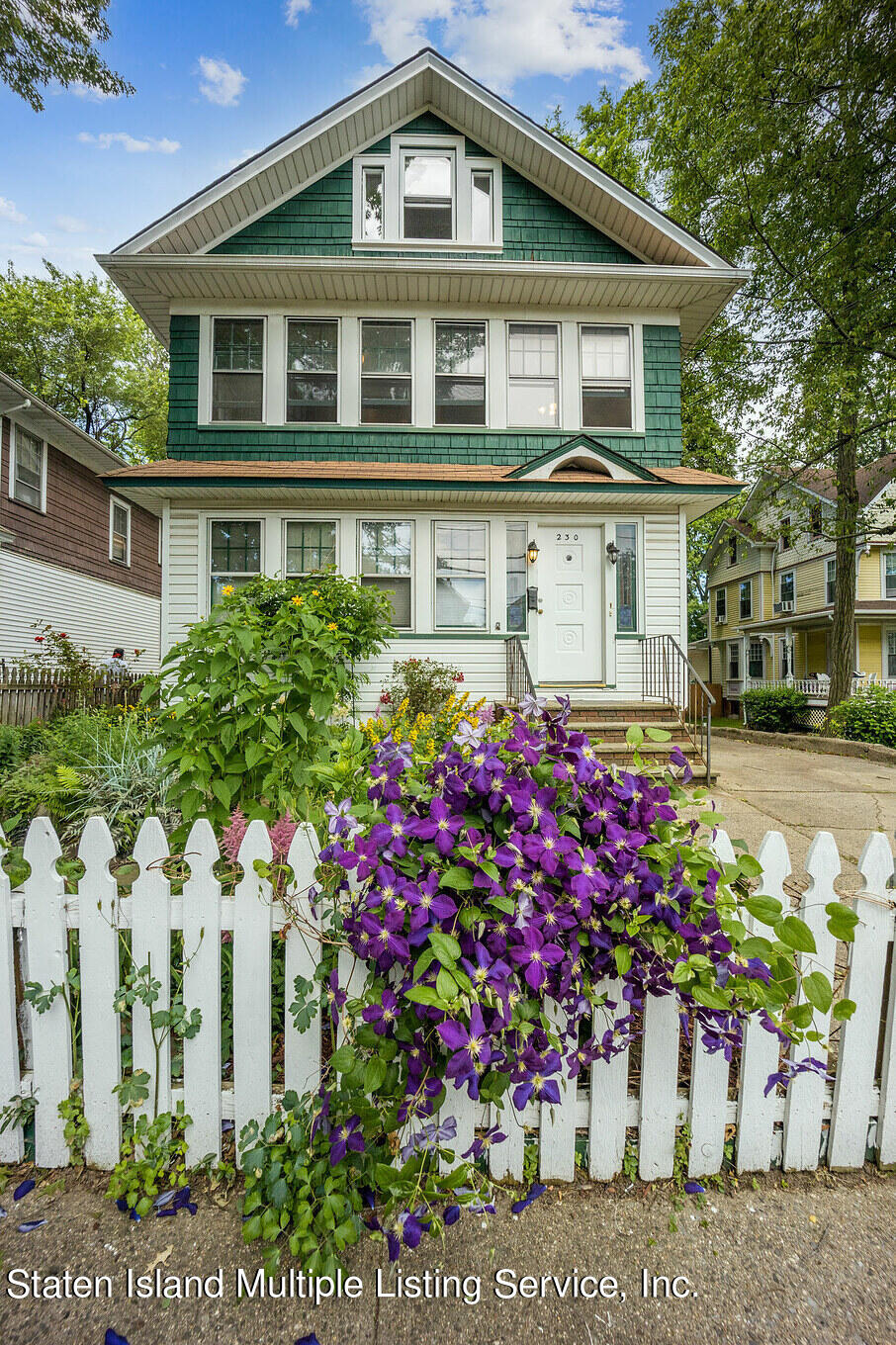