Port Richmond is a north shore neighborhood rich with history and culture.

Port Richmond is a north shore neighborhood rich with history and culture. It lies north of Westerleigh, east of Mariners Harbor, and interestingly to the west of West Brighton. To the north, Port Richmond forms part of the Kill Van Kull waterfront. The southern portion borders part of Clove Lake Park, perhaps the most beloved and well-rounded outdoor spot in all of Staten Island which has something for everyone. The Bayonne Bridge stretches over Port Richmond Center and links drivers to New Jersey in minutes.
Housing here is generally older, consisting of single family colonial homes from the early part of the twentieth century. However, North Shore investment activity has resulted in quite a few new construction home popping up. Port Richmond is an affordable community with amazing commercial offerings in Port Richmond Center via Forest Avenue.
Port Richmond’s history began as an independent town, one of Staten Island’s oldest in fact. Dutch settlers initially colonized New Dorp in 1661. The Dutch later chose Port Richmond as the site for their cemetery, where Staten Islanders on the North Shore were buried until 1696. Because of this, the neighborhood was originally called Burial Place. In 1715, The Dutch Reform Church was built here beside the cemetery. The community of Port Richmond rose up around the church and cemetery.
Fast forward to the 19th century when Port Richmond was a hub for transportation and industry. The waterfront offered a ferry service for commuters travelling to New Jersey. Staten Island was first coined the “Borough of Richmond” in 1633. The ferry port was eventually named Port Richmond in 1835. During this bustling time at the tail end of the Industrial Revolution, the village was incorporated as Port Richmond in 1866. The ferry remained operation until 1962, 31 years after the Bayonne Bridge opened.
Industrial activity during the 1800’s spurred the creation of many factories on Staten Island. Like much of New York, Staten Island was the new home for a large influx of Irish and German immigrants. They could find work at Port Richmond’s new whale oil processing plant, a common practice at the time. The plant later became the American Linseed Company. In addition to these plants, the neighborhood also had lumber yards, coal yards, and oyster harvesting companies.
Railway tycoon Cornelius “Commodore” Vanderbilt was born in Port Richmond in 1794. His legacy continued with the opening of the Staten Island Railway’s North Shore Branch. This train service opened to passengers in 1886 between Port Ivory and St. George. The rail line also transported freight on the North Shore. It remained open to commuters until 1953 but continued to carry freight until 1989.
In the 20th century, Port Richmond was coming into its own as a commercial center with shops all along Port Richmond Avenue. Streets were described as wide and tree-lined. However, the neighborhood’s commercial center along the northern edge declined heavily after business development shifted into the Mid-Island. Today, Port Richmond is largely residential north of Forest Avenue.

Life in the Neighborhood of Port Richmond

There are just a few parks in Port Richmond Proper, namely Faber Pool and Park. This little enclave features a skate park, public pool, and sweeping views of the Bayonne Bridge and Kill Van Kull. By the Port Richmond Library is Veteran’s Park. The community is also within walking distance of Clove Lake Park.
Port Richmond Center is on the southern end of the neighborhood along Forest Avenue. This district is known for its abundant shops, eateries, medical and insurance offices, and nearly anything convenience you’ll need. The northern end of Port Richmond along the waterfront is known for its Mexican heritage- and consequently great Mexican restaurants! If you have school-aged children, they would be zoned to attend PS 19, PS 20, or PS 22; IS 51; and Port Richmond High School.
Getting around is fairly easy because Port Richmond sits at the junction of I-440 and I-278. This makes it easy to access any of the three ports to New Jersey or the Verrazano-Narrows Bridge to Brooklyn. Commuting by public? Clove Road, Cary/Post Avenue, and Forest Avenue will be your main thoroughfares to catch a bus, most of which run to the St. George Ferry.
Want to browse homes in Port Richmond? Check out the listings below! 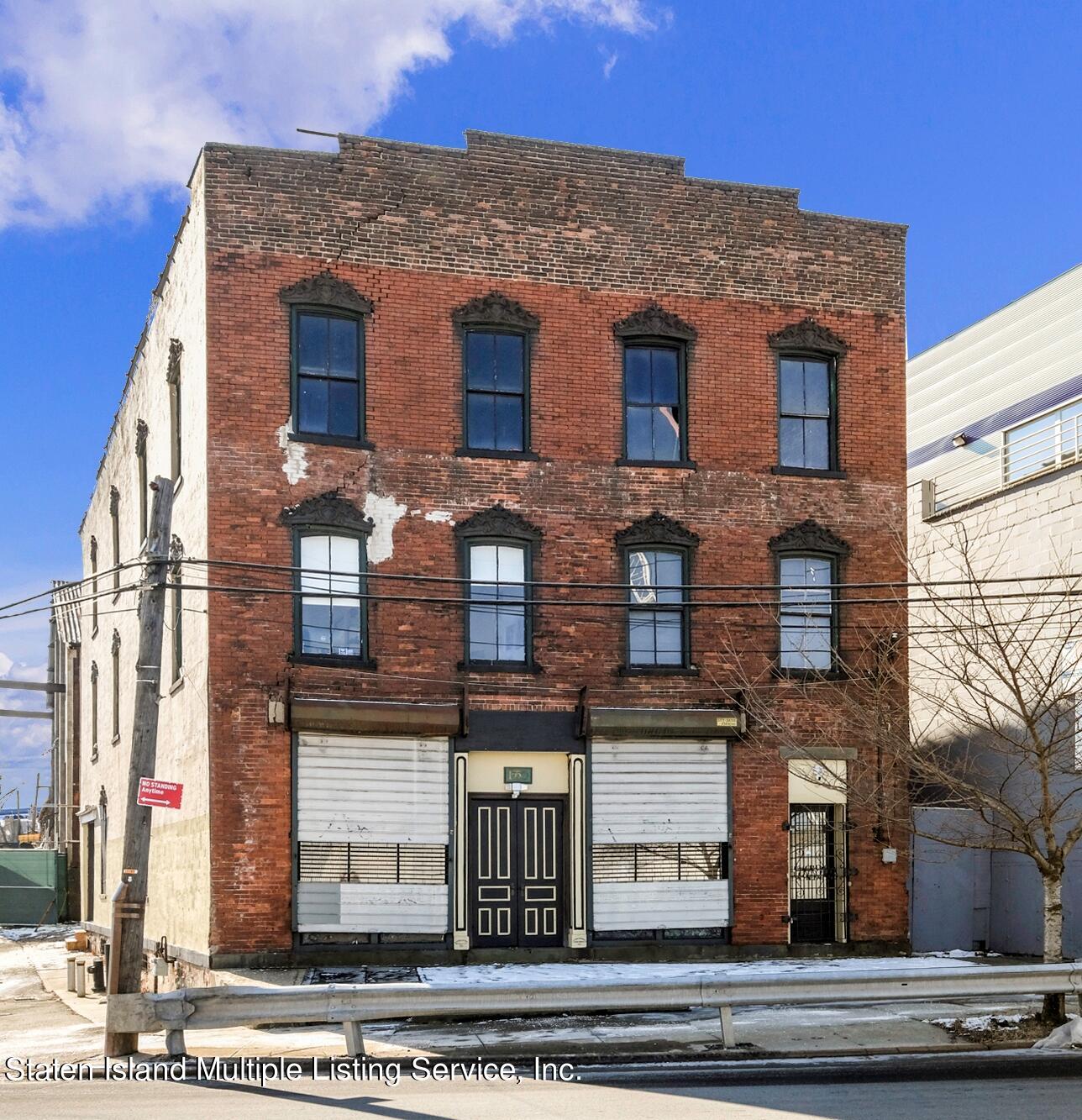 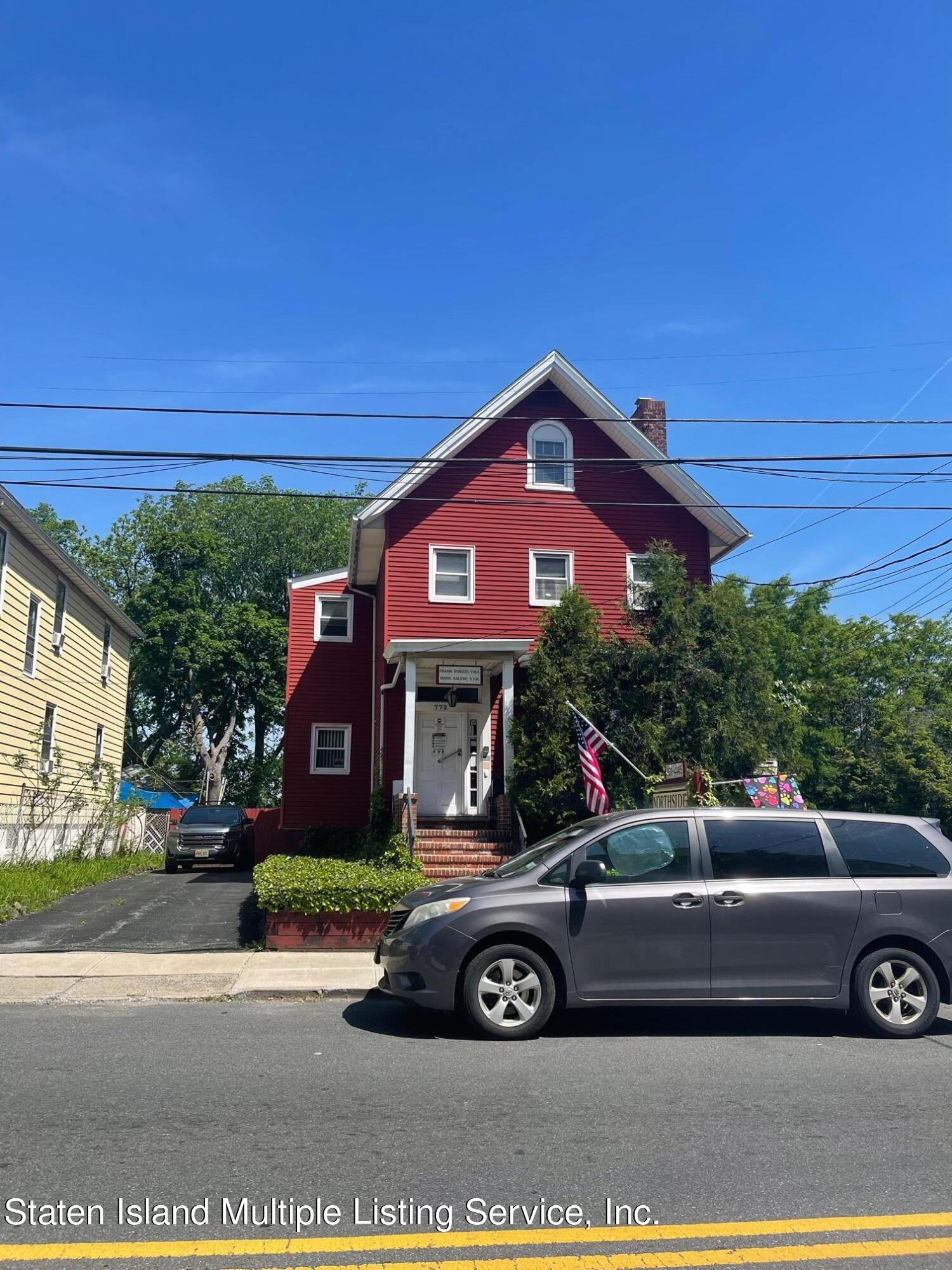 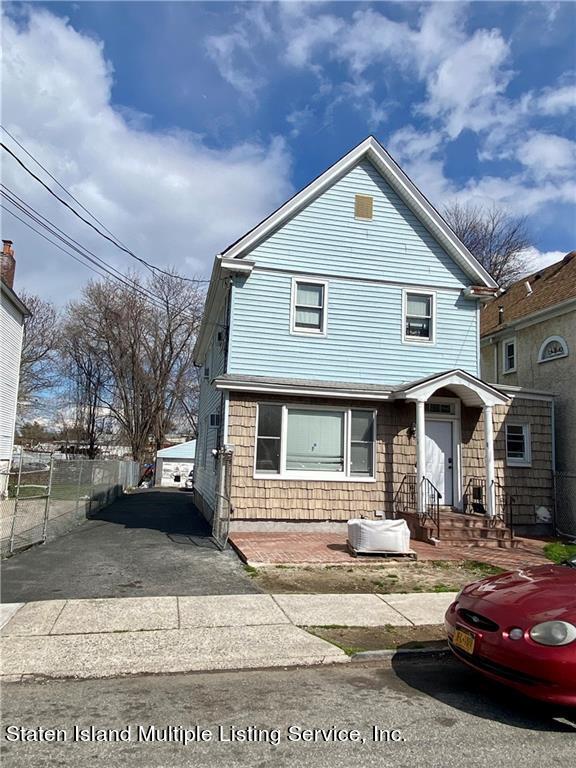 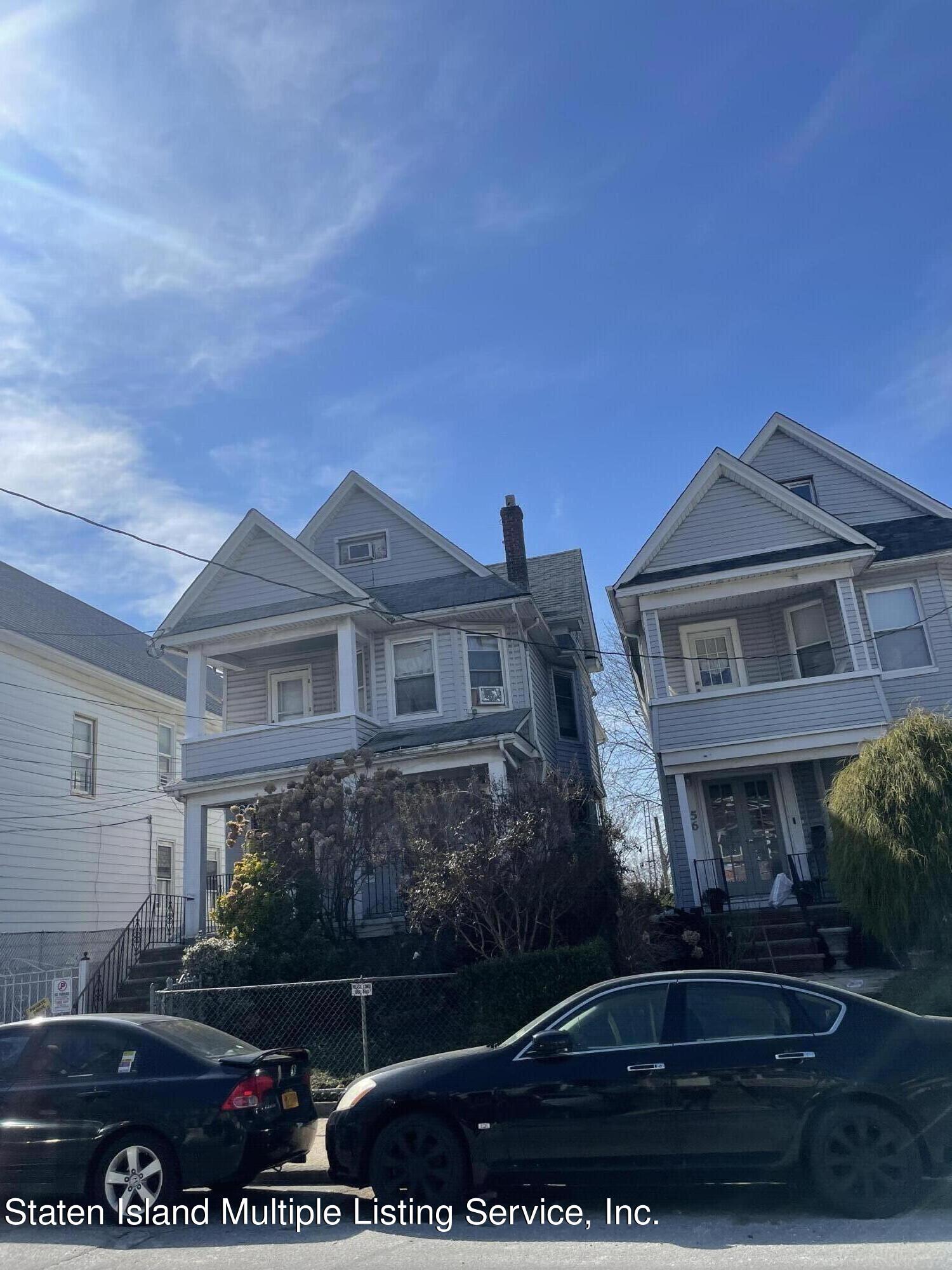 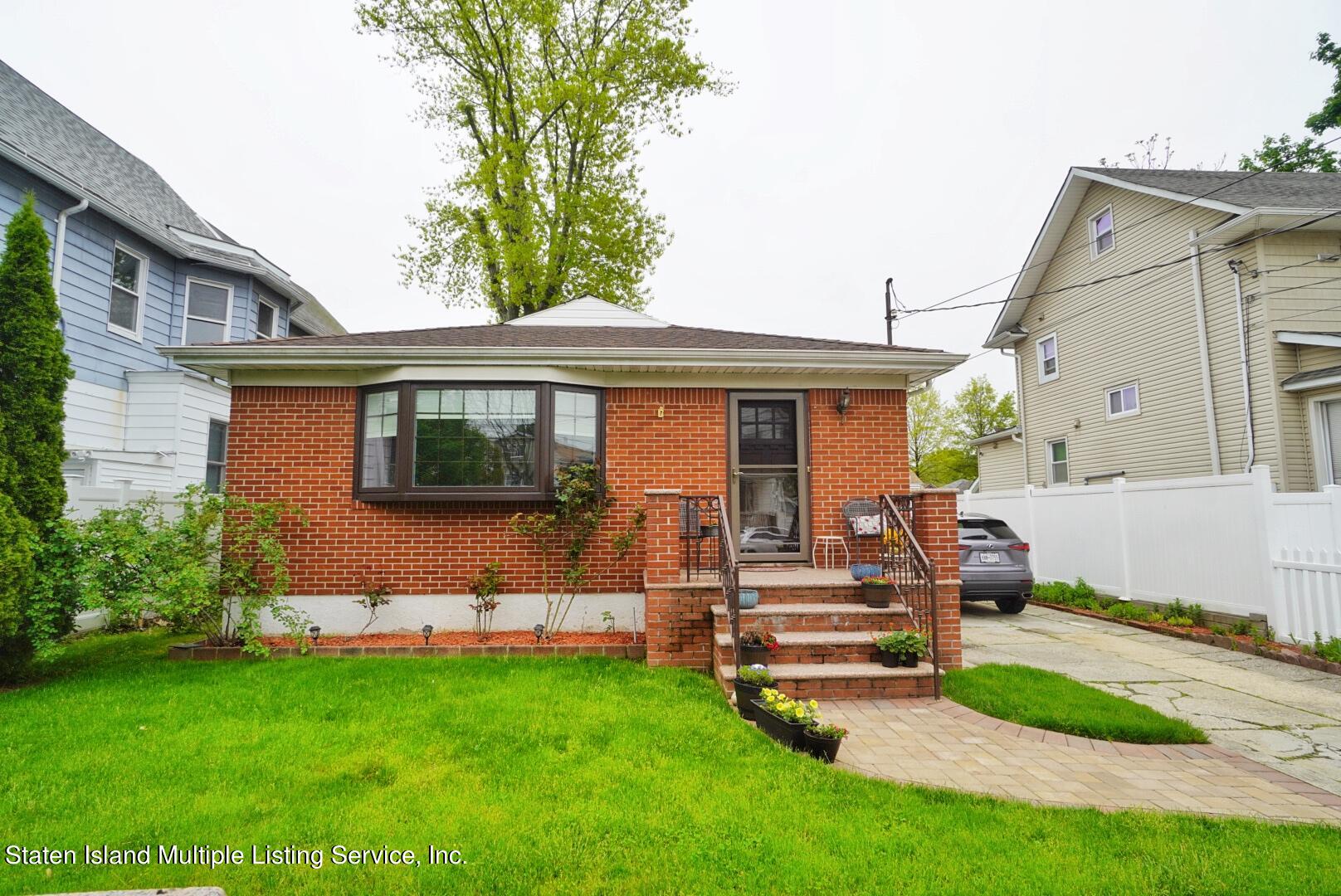