Fort Wadsworth is Staten Island’s easternmost neighborhood and is named for its historic wartime structure.

Fort Wadsworth is Staten Island’s easternmost neighborhood and is named for its historic wartime structure. Overlooking the Narrows, Battery Weed is a four-level battle fortification from the 19th century which is owned and operated by the National Park Service. The fort was originally used by the British during the Revolutionary War and later by the Yankees during the American Civil War.
The Fort Wadsworth neighborhood refers to homes surrounding the military structure and is located directly under the Verrazano-Narrows Bridge. As such, not only does Fort Wadsworth provide stunning views of the New York Harbor, it is the preferred community for many residents who need quick Brooklyn access. Adjacent neighborhoods are Shore Acres to the north, Grasmere/Concord to the west, and Arrochar to the south.

Fort Wadsworth’s roots go all the way back to the beginnings of Staten Island’s settlement. During the early 1600’s, the Dutch were attempting to colonize the island. They were given land in the form of patroonships, which were land grants given to certain members of the Dutch East India Company. They technically did not own this land, and paid for their access to it by farming the land with the help of workers brought from overseas. Land grant recipients would then give their crops to the government.
In 1640, New Netherland settlers Cornelis Melyn was granted the Patroonship of Staten Island comprising nearly all of the island’s land. In 1942, a small colony was established in the northeastern section of Staten Island closest to modern-day Brooklyn. In 1663, a blockhouse was built here to alert Fort Amsterdam in Manhattan, the area’s Dutch headquarters, when ships were entering the bay.
More than a century later at the dawn of the Revolutionary War, British soldiers overtook the blockhouse and called it Flagstaff Fort. In 1776, a redoubt with twenty-six cannon platforms was constructed. After the war, the British withdrew from Flagstaff Fort, which was later renamed Signal Hill and was utilized during the War of 1812. The structure was later demolished by the federal government, who took ownership of the site and built new ones.
Then in May of 1864, the American Civil War was raging. In Virginia, General James S. Wadsworth was leading his troops during The Battle of the Wilderness. He was shot and then captured by the Confederates and died in their custody. In honor of General Wadsworth, Signal Hill was renamed after him.
Come 1954, Fort Wadsworth was one of many sites across the nation used in Project Nike, in which a number of anti-aircraft missiles were tested. The fort was controlled by the Army until 1979, and later by the Navy as the headquarters for the New York Naval Station. In 1995, the property was acquired by The National Park Service. This historic site is now open to the public, who can request guided tours and enjoy camping and various cultural events here.

Housing stock in Fort Wadsworth is fairly small because the fort comprises most of the land here. The area is populated mostly by early twentieth century homes, with a few properties from the latter part of the century. Mostly detached and semi-attached homes can be found here, however there are a few condominium buildings too which take advantage of the beautiful water views.
In addition to the extensive park land one can enjoy on the grounds of Fort Wadsworth, locals can also visit the lovely Von Briesen Park. The land here used to belong to Arthur Von Brieson, who was a founding member of The Legal Aid Society. This park features lush trees and hiking trails along the shoreline of The Narrows. Being so close to Arrochar, you can also walk to the beach if that’s your thing!
A few other community structures of note can be found here. Its border with Grasmere has several schools in the vicinity: PS 39, Mother Franciska Elementary School, The Geller House School, and St. Joseph Hill Academy High School. With its historic ties to the US military, Fort Wadsworth also houses the US Coast Guard base for New York City, as well as the United States Army Reserve Center. Along the northern section near the Coast Guard site, you can also find The East Shore Little League, Rose United Methodist Church, and Father Capodanno Memorial Chapel.
As far as getting around, Fort Wadsworth is as close to Brooklyn as you’ll find. This makes it a perfect neighborhood for anyone who frequents this adjoining borough. And being so close to the bridge and I-278, you’ll be able to drive express to the island’s opposite site. Public transportation in the area includes the s51 and the limited s81 to the Staten Island Ferry north and Grant City to the south. The s53 takes you to Bay Ridge or Port Richmond. Express buses can get you to Manhattan in one shot via Lily Pond Avenue on the following routes: SIM5, SIM6, and SIM9.
Take a look at all homes for sale in Fort Wadsworth to find something perfect for you! 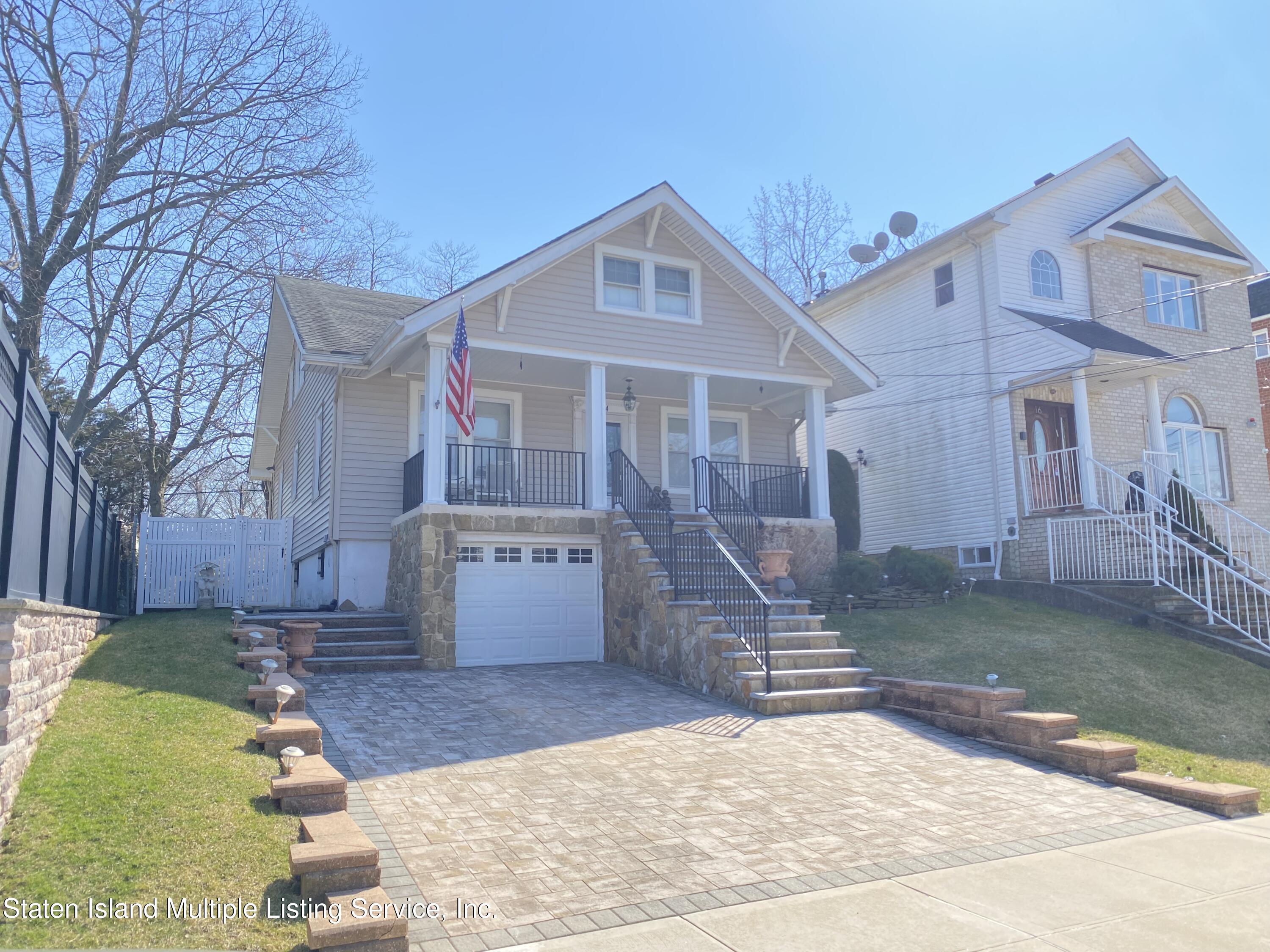